Who is a leader? This expression contains a key word “lead” which means “to show the way”. It is a quality of a person who can drive people forward with a view to achieve a common goal, like a captain on a ship, commander in chief of Army Forces, and CEO of a company etc. There are some general inevitable characteristics that an individual must possess to be able to become a successful pioneer, such as confidence, honesty, communication skills, empathy, optimism, encouraging, intuition, acting as a role model and so on. For Muslims, no one has ever come closer to Hazrat Muhammad (PBUH) in having headship distinctiveness and they consider Muhammad S.A.W as the greatest reformist and leader. Allah SWT has regarded Him (PBUH) in the Holy Quran in these words:

“There has certainly been for you in the Messenger of Allah an excellent pattern for anyone whose hope is in Allah and the Last Day and [who] remembers Allah often.” [Quran, 33: 21]

Because of possessing great leadership capabilities, He (PBUH) was chosen as having the honor of being the last Prophet of the Almighty, and is said to be followed and obeyed in order to thrive in the hereafter. The entire life of the Apostle (PBUH) of God, the Exalted is full of such instances and examples where He showed exceptional traits of an unbeaten principal in both the religious service as well as in handling a lot of secular issues. He was always observed as a personification of morality, honesty, truthfulness, understanding of others, and enlightening effective commanding etc. which is why we are directed by the Creator of universe to pursue His “Uswa Hasanah” (the Best Examples) in every walk of life. 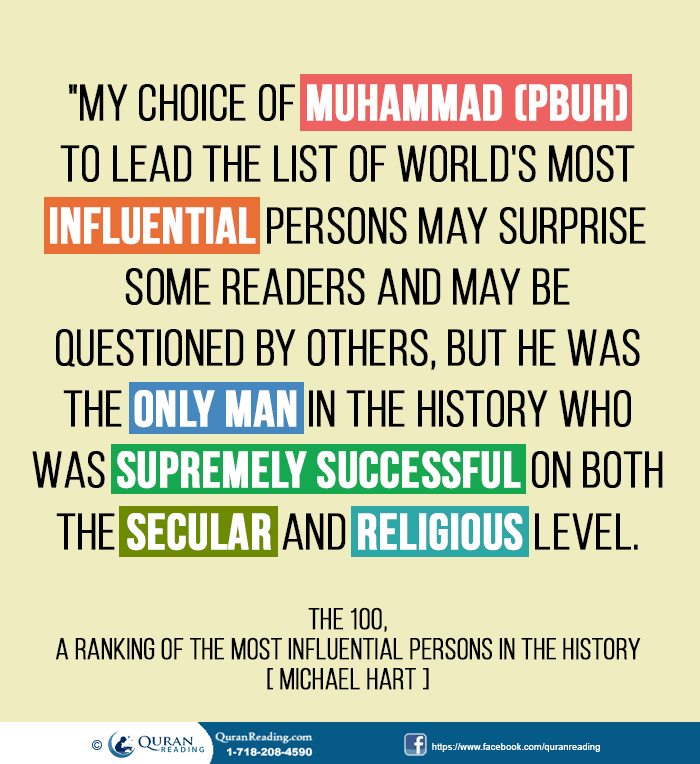 Let us discuss a few of the excellent leadership qualities of the Prophet, Muhammad (PBUH) which revolutionized lives of millions, and still are as valuable as they were 1400 years ago:

Awareness And far Sightedness Of Matters

Every organization needs to have a clear vision and set goals for being able to succeed in the long run. That is why top ranked companies in the world make strategic plans for upcoming two to three decades in advance. All of this is made possible through the insightful efforts of great figureheads, who foresee imminent changes in the market and drive their business in their direction. The Messenger (PBUH) of Allah had an unparalleled foresight and could take decisions that at first looked unfeasible, but proved to be fruitful in the future. For example, when He (PBUH) decided to offer Umrah (minor pilgrimage) at the Holy Kaaba in Makkah, in the sixth year after migration, He set out from Madina with 1400 companions. But Muslims were held back from practicing Umrah from Qureysh. Thereupon, Muslims were forced to enter on a pact containing stipulations favoring only the non believers.

The Muslims shall not carry out their pilgrimage this year but shall wait till next year. And no man shall come from Quraish without the approval of his master seeking shelter with the Muslims but he shall be returned to Quraish. And that no man from the Muslims shall come to Quraish seeking protection but he shall be permitted to stay with Quraish. They also agreed to abstain from fighting for ten years and that whosoever wished to enter into Muhammad’s pact and treaty could do so, and whosoever wished to enter into Quraish’s pact and treaty could do so. Muhammad (PBUH) agreed to this truce which was named “The Truce of Al-Hudaibiyya”

Initially, Muslims were not happy with this treaty, and regarded as an entirely one sided one. But with the passage of time, they realized its larger repercussions which benefited them. There were two main advantages that were achieved: first the number of new entrants to Islam increased many folds when those who were returned to Qureysh escaped from their masters, lived as outlaws and attacked on Makkans` trade caravans. And because of that, Qureysh allowed Madinans to keep the escapees with them, which lead to entry of individuals into the religion of peace with any fear of retribution. Second, Muslims were less powerful at that stage than the Qureyshis, so it would not be wise to commit jihad at that time, so Muhammad (PBUH) entered into peace pact, and took some time to increase in number and resources. Finally when treaty was broken by the non believers, Muslims had a crucial victory in the battle of Makkah. It shows the Prophet`s (PBUH) realistic thinking and great vision, which paved the way towards the final coup of Muslims over non believers.

It is one of the rudiments of a prominent controller to be charismatic and influential enough in order to convince and mould peoples` views and actions in the way of achieving set targets. People lose focus and motivation in the workplace if their managers do not reinforce a reason to work for them. The Apostle (PBUH) of the Almighty Lord was an epitome of this leadership attribute, which is the reason why He transformed the miserable lives of Arabs and gave them purpose of their lives. Then, spreading of Islam throughout the world has also been made possible by His meaningful and effective Sunnah that is why His name is taken and referred to in almost every matter not only by Muslim addressers, but also by the followers of other religions.  Michael Hart in “The 100, A Ranking of the Most Influential Persons in the History”, New York, 1978, p. 33, says:

“My choice of Muhammad (PBUH) to lead the list of world’s most influential persons may surprise some readers and may be questioned by others, but he was the only man in the history who was supremely successful on both the secular and religious level. It is probable that the relative influence of Islam has been larger than the combined influence of Jesus Christ and St. Paul on Christianity. It is this unparalleled combination of the secular and religious influence which I feel entitles Muhammad (PBUH) to be considered to be the most influential single figure in human history.”

There is no doubt that there have some other renowned leaders lived on the face of earth as well, like Muhammad Ali Jinnah, Mahatma Gandhi, Neslson Mandela, and many more, but their influence was narrow. On the other hand, the swaying ability of Hazrat Muhammad (PBUH) were and still prominent in both spiritual and social issues of life. His method of influence was greatly attached to His personality characteristic of “Acting as an Example”, as He used to act upon the enforced Islamic teachings Himself first, and then show others to do so.

Embodiment of Familiarity And Consideration

There are two common ways of making people work, through use trustful relationship or by the use of force. The former is attributed to gaining respect of public and is more helpful, while latter is thought to be enforcing fear in people and is less effective. Every successful person in charge achieves the trust and reliance of its group that it is managing, by showing a sense of belongingness and sympathy for them. The Holy Prophet (PBUH) used to remain within proximity of His followers and was fully aware of their conditions. He had enough empathy to know their sufferings and always used to be a part of them. Allah SWT also refers to His (PBUH) this leadership aptitude in the Sacred Scripture as:

“There has certainly come to you a Messenger from among yourselves. Grievous to him is what you suffer; [he is] concerned over you and to the believers is kind and merciful.” [Quran, 9: 128]

The above mentioned Ayah clearly refers to Muhammad`s (PBUH) sense of close acquaintances with His people, which proved to be vital for getting their admiration and belief in Him. By knowing His followers in person and building close relationships with them, He would appoint the best man for every task, who would readily accept the challenge in the way of Allah and His Prophet (PBUH), which eventually resulted in increased output and productivity.

The highly successful leaders are fearless to take any action in the favor of common good. They are not negatively influenced by any kind of threats from the powerful figures. They not only take bold decisions, but also remain steadfast on their initial stance. The life of the Holy Prophet (PBUH) consists of many examples of bravery and willpower. First, He declared being the last Prophet and called people towards righteousness, knowing that they would repl. Second, when He was threatened to leave His preaching about Islam, He remained resolute and never backed down from His religious and moral endeavor. When migrating from Makkah to Madina, when kuffaars (non believers) gathered around the cave they were taking temporary refuge, Abu Bakr (R.A) trembled with fear, but Hazrat Muhammad (PBUH) remained composed:

If you do not aid the Prophet – Allah has already aided him when those who disbelieved had driven him out [of Makkah] as one of two, when they were in the cave and he said to his companion, “Do not grieve; indeed Allah is with us.” And Allah sent down his tranquillity upon him and supported him with angels you did not see and made the word of those who disbelieved the lowest, while the word of Allah – that is the highest. And Allah is Exalted in Might and Wise.

It shows His valor and how firm He remained on His stance, which is why He never mishandled any of His undertakings and used to stay right at the front of every battle that He fought against kuffaars (non believers).

In short, the biography of the Holy Prophet (PBUH) consists of numerous occasions, where He demonstrated many of the presently believed essential qualities of great leaders almost 1400 years ago. From vision to courage, from influence to empathy, and from awareness to selflessness, He had all sort to characteristic in His character which differ Him from other famous personalities that lived, and rank Him at the top of the list of the most influential person in history.